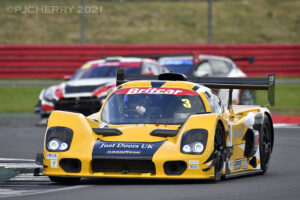 MacG Racing will be chasing the British Endurance Championship title with their unique Taranis in 2022, with Ben Sharich and Jonny MacGregor sharing the drive. A strong final round at Donington in 2021 with an outright Endurance win in race one has been followed by a number of off season developments which have further improved the performance of the Taranis, so the Team are heading into 2022 with high hopes. Team Principal Richard MacGregor commented ‘this will be our tenth year racing with Britcar, and the Championship has gone from strength to strength under the management of Claire and her excellent Team, which has now been recognised as it has been promoted to British Championship status.’