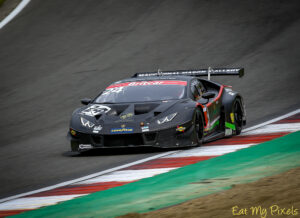 Lucky Khera – “Fastest Punjabi” – and Lee Frost have been mainstays of the British racing scene for several years, and for 2022 plan a full-season in the British Endurance Championship in a Lamborghini Huracan GT3 run by the newly-formed Racelab team, with Dan Jeal and Gordon Smith at the helm. The pair have spread themselves over a number of top-level championships recently, but are relishing a return to the convivial atmosphere of the Britcar-run BEC, eschewing the restrictions, formalities and intensity of UK flagship events. “We’re coming back to where we want to be now, to enjoy our racing, have fun and make memories” says Lee Frost, adding “the British Endurance Championship is very competitive, and Britcar always provides a friendly, relaxed atmosphere, friends and family can have easy access to the circuit. The hospitality and staff are great at Britcar and are always there to ensure a great weekend is had by all. The one-day event is attractive too.”

Having sampled just about every other series in the UK, the pair have decided that the British Endurance Championship is where they want to be, but won’t be letting their standard casual approach affect their attitude on track: ”We are up for the challenge, and will be out to win the championship” confirms Lee. With the Racelab team fielding three different cars this year across three different classes the seriousness of the squad, and the known combined potential of Lee and Lucky in the Lambo, will make great racing.