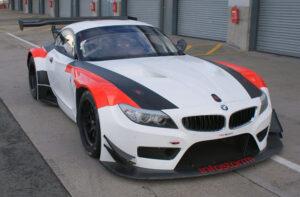 Former Britcar Production champion Ian Lawson will make his return to racing in his BMW Z4, run by his own ING Sport team, in the 2022 British Endurance Championship. It’s a few years since Ian, who has been racing and rallying since the late 1960s, last graced our grid, and with a crew mostly unchanged from the halcyon days, and with potentially a driving line up of the vastly experienced Kevin Clarke and Ryan Lindsay likely to be partnering him, it will be normal service resumed in the works-liveried Z4. In what could possibly be his racing swan-song, Ian and the ING Sport squad will be looking to make an impression, and Britcar welcomes them back.