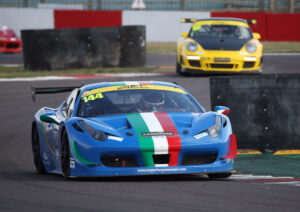 We come to the final round of the new iteration of the British Endurance Championship, and with no dropped scores coming into play, what you see is what you get, so this will be a decider.

And it’s close – currently topping the table with 144 points is the Class C RNR Performance Ferrari 458 of Chris Goddard/Charlie Hollings, just two points ahead of Class A leaders Wayne Marrs and Tom Jackson in the Rob Boston Racing Mercedes GT3. Both have been regular class winners, and will have to maintain that status in the final round to have a chance of taking the overall crown, a feat that will possibly be a tad easier for the Mercedes than the Ferrari,  which will face some stiff opposition from Valluga’s Carl Cavers/Lewis Plato, in another Ferrari 458 (fourth in the standings), and the resurgent(but not in the points race)  Porsche 911 of Peter Erceg and Marcus Clutton.  In the event of our top two contenders not making the required grade, waiting in the wings will be the Montague / Hall Aston Martin GT4, which has stealthily risen to the head of Class D, and third overall. 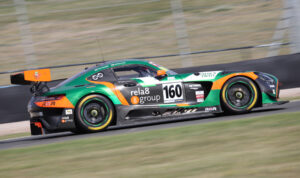 So realistically, the title can go two ways, with some the class winners still in the air. Marrs and Jackson should take Class A, and with the ING Sport BMW Z4 of Kevin Clarke, Ian Lawson and Ryan Lindsay currently 27 points adrift, the Mercedes would have to not turn up to lose that title. In Class C, the Cavers/Plato Ferrari have to rely on the similar Goddard/Hollings machine to have a really bad day for them to clinch the title,  and in Class D, Montague and Hall could still lose out to the Team Hard Ginetta G55 with it’s fluid driver line-up, of which Josh Hislop has been the lynchpin, though the form of the title protagonists has switched of late. Form in Class E has switched through the season too, with just seven points covering the top four TCR machines, with Day/Foster just seven points ahead of Woodman/Byford, who tie with Beeson/Heler, with the multi-driver Motus One entry just one point further adrift, while variable entry levels in Classe B and F  mean that the respective class titlists Bouvet/McDonald (Lamborghini) and Mark & Jake MacAleer (Porsche), while winning their class in every round, don’t figure in the overall standings. 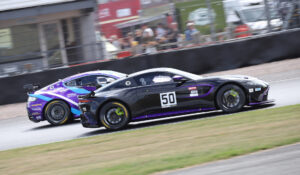 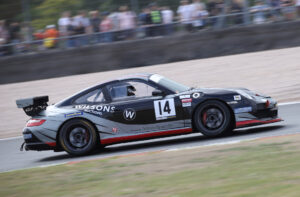 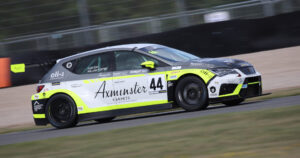