Hobbies: Motorcycling, Running, Personal Fitness, anything to do with cars and engineering

Car History: The MacG Racing Taranis was designed and built through 2015 specifically for Endurance Racing, and has successfully competed in the Britcar Endurance Championship, taking numerous pole positions and race wins.

Racing CV:
After racing karts for a few years, Jonny started his car racing career in 2010 in the UK Time Attack Championship in a Lotus Exige. He then went on to racing a Westfield in the UK Westfield Championship and other series, taking numerous poles, race wins and fastest laps. Since 2011 Jonny has raced in the Britcar Endurance Championship firstly in an Ultima GTR then later in his Team’s self developed Taranis, taking various overall and class wins. He has also raced successfully in the GT Cup, various 750MC Championships and Citroen C1 Championship.

Why did you choose to race with Britcar? We chose Britcar as the format of the events is great – having the two races in one day, with a significant amount of track time is very appealing. The racing is competitive with driving standards being higher than other Championships we have competed in. The Team at Britcar are always professional and approachable, constantly working to give the competitors the best experience possible. 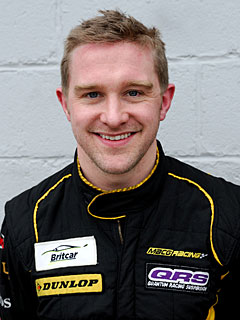