Occupation: Powertrain Engineer
Hobbies: Rugby, mountain biking
In 2008, Alyn became the Synchro Motorsport Team Manager, after being an engineer in the team for the previous 8 yrs, running cars in Britcar and BTCC. In 2011 Alyn got the opportunity to become a team driver and is now the sole factory driver as well as being Team Principal. Throughout his time at Synchro Motorsport, Alyn has worked with a strong team of hard-working and dedicated Honda associates, designing and manufacturing their own race cars. 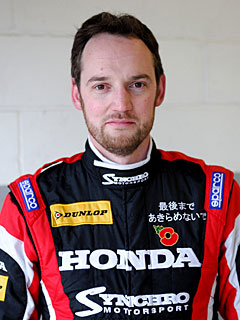