The Britcar organisation will run the newly Motorsport UK-sanctioned British Endurance Championship in 2022, a further cementing of the links between the Britcar product and nationally-based endurance racing that gas been a feature of UK motorsport in a variety of iterations for 20 years.

The races will welcome what is currently described as a mix of cars broadly similar to the current Britcar classes – effectively TCR and GT4 spec upwards with final class splits to be confirmed when regulations are approved.

All six meetings will be single day events. 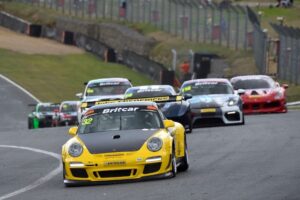 Britcar MD Claire Hedley: “Whilst we accept the responsibility and kudos that administering a National championship involves, we aim to retain the core values that have made Britcar a continuing success over a considerable number of years, which is in no small way due to the skill of our long-serving and loyal staff, past and present.”

“We are really pleased with our provisional 2022 dates and circuit venues for 2022, more details about the Championship will follow over the next few weeks. We would like to thank our Championship sponsor Goodyear, as well as our valued commercial partners for their continued support.”

Hugh Chambers, CEO of Motorsport UK said “Next year marks the beginning of a new era for endurance racing in the UK with the introduction of the British Endurance Championship, and Motorsport UK is pleased to be partnered with Britcar in its organisation.

“Claire and her dedicated team have built up a strong reputation over the past two decades in club racing circles and we look forward to supporting them as they take their next steps as the promoters of a national championship.

“The calendar has a number of headline dates at some of the country’s premier circuits and gives the series a strong footing for its debut campaign. I’m sure each of these venues will serve up plenty of thrills for competitors and spectators alike.”

Michael Butler, Senior Accounts Manager of Goodyear Racing EMEA said “We have worked with the Britcar organisation since the very beginning of their journey. Their professionalism and customer-focused approach have really driven their growth in the last few years.

“Goodyear is delighted to support their championships and the elevation to British Endurance Championship status raises the profile and prestige, establishing it as the biggest endurance GT and Touring car series in the country”

We use cookies to ensure that we give you the best experience on our website. If you continue to use this site we will assume that you are happy with it.Ok